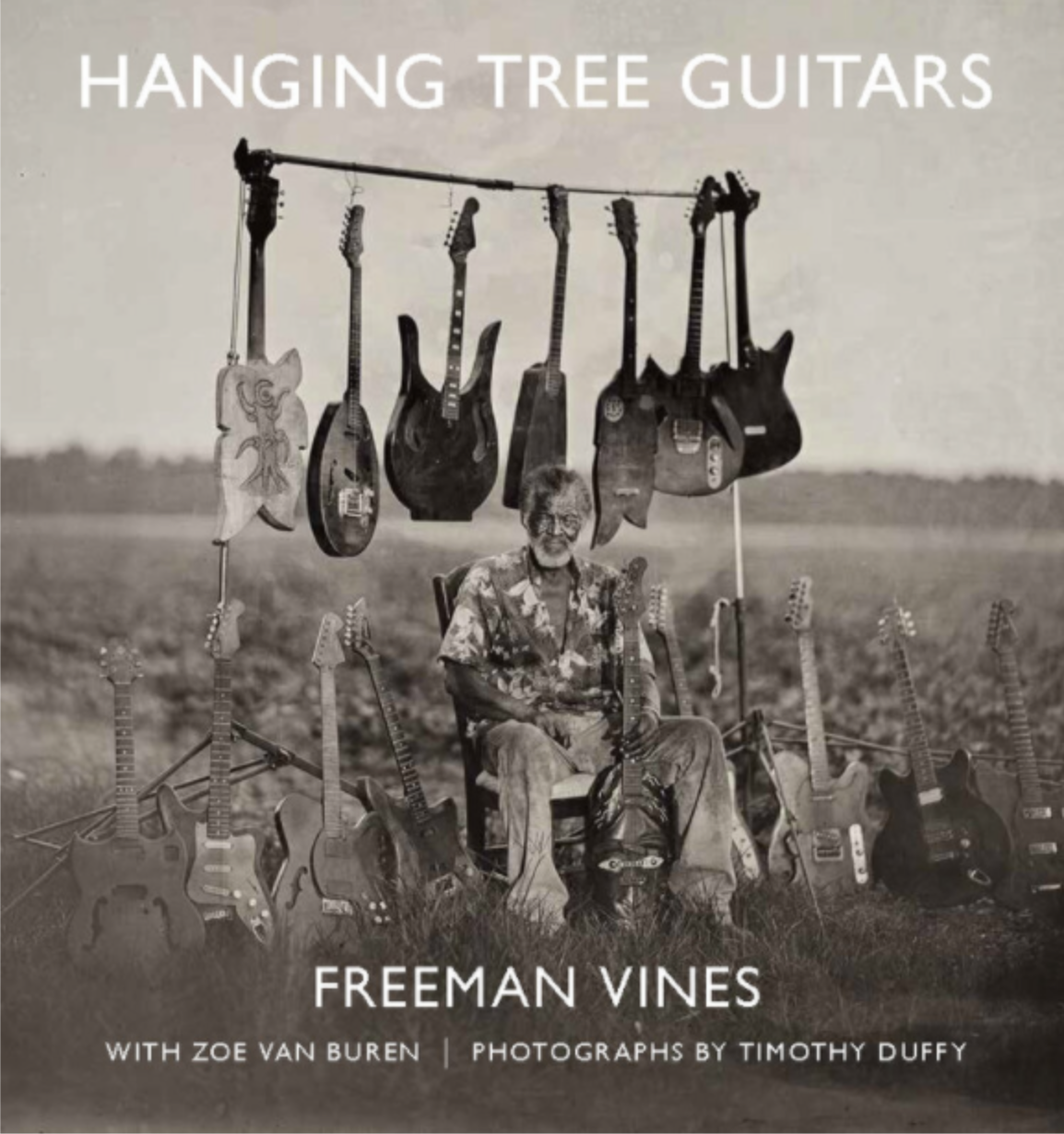 To meet Freeman Vines is to meet America itself. An artist, a luthier and a spiritual philosopher, Vines’ life is a roadmap of the truths and contradictions of the American South. He remembers the hidden histories of the eastern North Carolina land on which his family has lived since enslavement. For over 50 years Vines has transformed materials culled from a forgotten landscape in his relentless pursuit of building a guitar capable of producing a singular tone that has haunted his dreams. From tobacco barns, mule troughs, and radio parts he has created hand-carved guitars, each instrument seasoned down to the grain by the echoes of its past life. In 2015 Vines befriends photographer Timothy Duffy and the two begin to document the guitars, setting off a mutual outpouring of the creative spirit. But when Vines acquires a mysterious stack of wood from the site of a lynching, Vines and Duffy find themselves each grappling with the spiritual unrest and the psychic toll of racial violence living in the very grain of America.

“Hanging Tree Guitars is a haunting book that blends the eloquent voice of Freeman Vines with photographs of his guitars – some carved from a tree where a black man was lynched. The book is a grim reminder that race defines both Freeman Vines’ life and our own. Tim Duffy’s photographs bring a dreamlike quality to the book and underscore its timeless power.”

“His eyes on the art, his soul connected to the wood, are informed by his ancient ancestors, fired by the last 500 years of experience in this country.” ”

“A heartfelt and beautifully-realized book. Freeman now has a legacy that extends longer, further and so elegantly.”